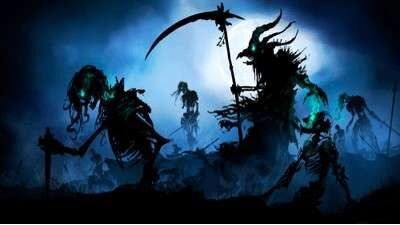 The Siege of the Atlas for Path of Exile is shaping up to be Grinding Gear Games’ most ambitious expansion yet.

Path of Exile is a game of two halves – a lengthy main story campaign and a non-linear endgame. Now, we all know that Path of Exile’s latter half is due for a shake-up; the past expansions have been adequate, but they’re just not as fun anymore. Enter the Siege of the Atlas. We’ve already seen several Atlas-focused content in the past, and all of them have dramatically changed Path of Exile’s endgame and PoE market – this one is no different. Siege of the Atlas will once again change the way players progress through the endgame content when it releases, but this time, they’re adding a spicy kick to it. In the last expansion, players defended the Atlas against the powerful Sirus, but with this foe now vanquished, a new threat has arisen, and it’s going to take center stage.

The villainous Sirus is now dead following the events of 2019’s Conqueror of the Atlas, and Commander Kirac has assumed the tall task of defending the Atlas. However, the evil has other plans – another threat after Sirus was expected to come eventually, but nobody could have foreseen that multiple ones would emerge. In Siege of the Atlas, players must face the two new Eldrich Horrors: The Eater of Worlds and The Searing Exarch, as both now seek the power of the Atlas and to consume all of Wraeclast. Along with those two enemies, players must also attempt to hunt down their lieutenants, The Infinite Hunger and The Black Star, for PoE currency. They can hunt them two simultaneously or one at a time, depending on the maps selected.

Mid-tier maps will randomly radiate with the essence of either The Eater of Worlds or The Searing Exarch to start, but afterward, players can choose which Eldrich Horror they would like to pursue. Just be aware that once you get closer to either boss, the more powerful their influence will become and in turn will make the enemies of a given map more challenging.

Both Eldrich Horrors pose a grave threat, but for veterans and advanced players, their battles can be farmed more than once. This gives them a crack at exclusive rewards and loot, but be warned, as these fights are not for the faint of heart. Additionally, as players roam through the influenced maps, they’ll occasionally encounter altars that are devoted to either The Eater of Worlds or The Searing Exarch. These alter can be used by players to adjust their enemy modifications, character modifications, or the boss to make them more difficult. The harder the boss fight, the better the rewards.

Changes in the Passive Tree

As part of the overhaul, the Regional Atlas Passive Tree that players have been acquainted with for the past few years will be replaced with a single Atlas Passive Tree. The new version looks similar to the PoE skill tree that players know and love, and anybody who has played this game for more than a few minutes should know that it’s gigantic and intimidating. With more than 600 passives to choose from with the 117 Atlas Passive Tree points that they earn through completion of their Atlas, players can customize their Atlas their way without any region restrictions.

The two new bosses and the skill tree aren’t the only changes to Path of Exile’s Atlas in this expansion. To get more players to move along, Grinding Gear Games has done away with 2021’s Echoes of the Atlas’ Watchstones. This means no more collecting Watchstones to increase maps tiers on a region-by-region basis. In place of those 16 Watchstones that are due to retire in the Siege of the Atlas, players will have to use four new Voidstones which can be earned through encounters with The Searing Exarch, Uber Elder, The Eater of Worlds, and The Maven. These Voidstones will increase map tiers throughout the entire Atlas, allowing players to make sweeping changes that impact all of Atlas at once.

On top of the inclusions that we talked about, players can also look forward to the Archnemesis Challenge League where they can farm PoE currency. This is just the beginning of what’s set to be an exciting expansion for Path of Exile. There’s no need to wait that much longer too, as PC players can jump in on February 4 to try Siege of the Atlas; console players will get it shortly after.

Are you excited about the Siege of the Atlas? Let us know your thoughts down below!