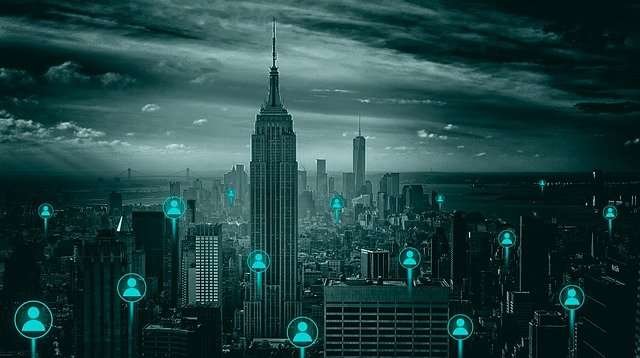 The Internet needs no introduction today. Most people are aware of it and use it on their smartphones or computer. According to a report, there are over 4.86 billion internet users right now. This figure accounts for 60.4 percent of the global population.

With the increased population, the demand for the internet also increased across the world. But, it was not as simple as seen in this piece of information. While the internet is simply radio waves, these waves can bounce from the surface like furniture and walls. These interruptions also reduce their strength. That’s what caused the essential technology of the modern world—Wi-Fi.

This wireless technology allows your phones, laptops, tablets, and other internet-enabled devices to communicate without a direct ethernet cable, landlines, or physical connections. Interestingly, the term Wi-Fi initially didn’t mean for the technology itself but rather for branding to promote and support interoperability between wireless and LAN systems. Wi-Fi was never invented as a shortened version of wireless; it was just a pun of the word hi-fi (highly fidelity), a tribute to high-quality audio technology.

This post will talk about WiFi, its importance, and its benefits for human beings. If you don’t have a wireless network yet, here is a detailed guide on how to hack Wi-Fi password easily on Android, Windows, and iOS.

Simply put, Wi-Fi is or refers to the wireless LAN technology that uses IEEE 802.11 Standards for communication. Wi-Fi produces radio waves to transmit data from the primary server to the local device to another access point, including a router. Once the router receives the waves, the router allows other devices to connect with this network.

At the beginning of Wi-Fi, this technology utilized the 2.4 GHz frequency but later increased to 5 GHz, 60 GHz, and soon will be expanded to 6 GHz bands. Wifi is also Work From Home Tech Essentials.

As Wireless technology (Wi-Fi) grows, the ability for hackers and other bad boys to take advantage of your network has expanded. They keep learning new ways to gatecrash your wireless network and browse for free. Since most Wi-Fi Networks are open with data transmitting over the air unsecured, it poses a threat for all. It fears the end-user and the companies concerned about the safety of their data stored in an employee’s phone, which might leak the data to any open network of coffee shops. With the technology transforming now and then, it becomes complicated to secure the network. The Wi-Fi alliance is referred to as adding different security protocols except WPA to the latest standard, including WPA3. Users connected to a secured access point (device-router) through a precisely configured WPA and a VPN are less likely to be under the threat of cyber attacks than anything else.

Wi-Fi: Beyond Computers and Routers

Another reason for the exceptional success of wireless technology is the devices that leverage Wi-Fi. The credit for the tremendous growth of Wi-Fi goes to the growth of Wi-Fi-enabled devices such as TVs, Video Games, Consoles, Laptops, Smartphones, Smartwatches, and wireless speakers, to name a few. With the advent of IoT and other advanced technologies, it has become easy to ensure robust performance and reliability in Wi-Fi products.

As mentioned earlier, the growth of Wi-Fi depends on the production of the products that utilize this technology, which is setting milestones every year. Today, it has been more than 20 years since Wi-Fi was invented, and this technology isn’t going anywhere, even for the next eight decades.

The 6 GHz technology is expected to bring six times more growth than the total capacity of 2.5 GHz and 5 GHz frequencies. It will less interfere with the legacy Wi-Fi devices and multi-gigabit Wi-Fi speeds. Since 6 GHz is still an unlicensed spectrum, there are some concerns and rumors that cellular network providers will launch the 6G spectrum, specifically, in their products.