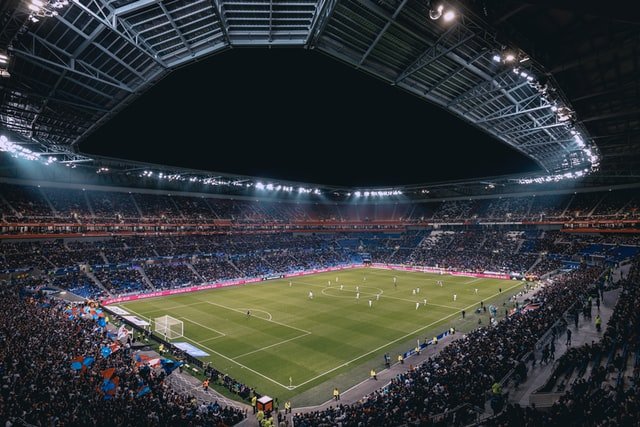 A Look Into the EFL Playoffs

With the European football season coming to a close, sports news in England is focused solely on the upcoming Webley fixtures later this May that will determine which clubs will be promoted to the next step in the English football pyramid.

Below is a deep dive into the playoffs for promotion for the teams that finished 3-6 in their respective divisions and earned the right to compete for glory in England’s largest stadium.

Fulham produced one of the most spectacular seasons ever by a Championship side as eclipsed 90 points at the top of the table. Their yo-yo status between the Premier League and the Championship is up and running again as it’s likely they’ll be the favorite to be relegated next year.

They were carried by record-breaking Serbian goalscorer Aleksander Mitrovic who netted 41 in this year’s run of play. Similarly, second-place Bournemouths secured promotion on the back of youngster Dominic Solanke, whose Chelsea and Liverpool days are well behind him, but who has found success for the Cherries in the second division.

Bournemouth secured a dramatic 1-0 win at Vitality Stadium against third-placed Nottingham Forest with a training ground free kick taken to perfection. Solanke will hope to energize Bournemouth to safety in what will be a tough year to stay in the top division.

The playoffs will definitely consist of Nottingham Forest and Huddersfield Town, both teams who have been in the top division in the last decade. Forest is the more historic club, actually winning multiple European Championships just over 40 years ago. They’ll look to finish their chances in the three-game playoff to secure a birth back to the EPL.

Huddersfield, despite finishing towards the top of the table, is looked at as an underdog. They haven’t scored all that many goals, and their defense can be occasionally fragile.

The final two spots are currently held by Sheffield United and Luton Town, with one match remaining on Saturday for each Championship side. Sheffield United plays Fulham though, and even a point may not be enough should seventh-placed Middlesbrough win by two goals at mid-table Preston.

Just eight years ago Luton Town was playing in the fifth division, a non-league conference. Now, they have a chance, win a win vs lowly Reading, to clinch a playoff berth and look towards the future. They’ll be a massive underdog should they reach the playoffs, but they’ll collect the cheers from the whole world if they find a way to come out on top.

As mentioned previously, Middlesbrough sits two points back of fifth and sixth, requiring a slip-up by the teams ahead of them. The only other team who has a chance to make the playoffs is London’s Milwall, who will need to recover three points at Bournemouth, and hope Luton loses and Middlesbrough doesn’t win. If they can figure out a way to get in, Millwall has the ability to exhaust teams and surprise them in the final minutes.

The third division of England has already entered their playoff matches, with the first leg of each tie finishing in shutout victories for the home team.

Wycombe Wanderers are trying to return back to the Championship after being relegated last season, and their decisive 2-0 victory over surprises MK Dons was the first step to getting there. Once Premier League staple Sunderland topped another historic club, Sheffield Wednesday, at the Stadium of Light 1-0. Ross Stewart scored his fourth goal for the Black Cats against Wednesday this season.

Both Sunderland and Wycombe were the favorites and it seems as of now they are on a collision course for the Wembley final. The pair look to join Wigan Athletic and Rotherham United in next year’s Championship.

The top two teams in League Two dominated the year. Exeter City currently leads Forest Green Rovers by just a single point heading into the final matchday, but regardless of the outcomes, both will play in League One next season.

The two have opposite stories, as Exeter have been a usual in League Football while Forest Green Rovers has made a very quick ascension to the top and will find themselves higher in the Football League pyramid than they’ve ever been.

There are seven teams eligible for the four-team playoff, but only six have a real shot at it. Tranmere sit in ninth, three points back and a hefty eight goals away from winning a tiebreaker for sixth.

Good news for those that need help: Mansfield Town and Port Vale play the top two teams in the table with the title on the line, so both will be in for very tough matches. Northampton and Bristol Rovers should be fine as they both face already relegated teams who are playing for virtually nothing as their respective clubs prepare for non-league life.