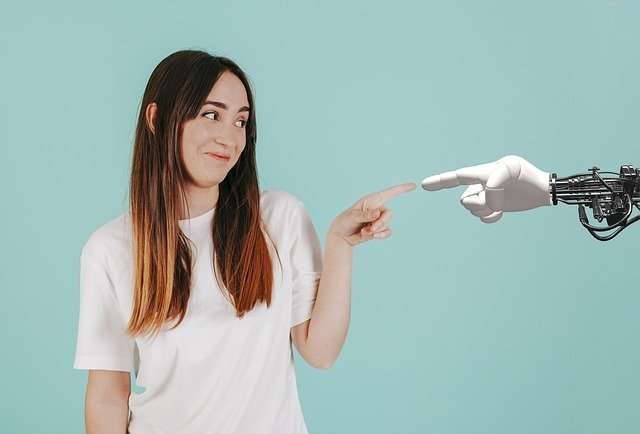 Over the past two years, I’ve adopted AI software at every opportunity and can report that the productivity gain is absurd. AI has helped me cut down on menial work and spend more time on creativity, realizing a long-prophesied promise about the technology. It’s is also teaching me to write tighter and with more precision, and it’s shockingly good in this regard. Some “experts” say AI will replace writers. That’s far off. Instead, it will make us better.

As an independent writer, my copy must be flawless. My writing can’t have errors, or my readers will lose trust (I pray to god there are none in this story). It also can’t meander, or readers will tune out. To address this, I use Grammarly, an AI software tool that catches style errors and teaches me how to correct them. Link

Grammarly’s helped me fix several embarrassing tendencies that once made my writing sloppy. It’s helped me spot repeated and missing words, cut down on wordiness (“several” above used to be “a number of”), and, crucially, it’s helped me write in active voice vs. passive voice.

I read up on active vs. passive voice maybe a thousand times earlier in my career, but I never quite grasped the difference. I’m not quite sure why. But Grammarly helped me figure it out. The software’s AI picks out when you use the passive voice and highlights the mistake to show you where you went wrong. Then you can correct it. By repeating this countless times, I finally started to understand what active voice is. Now, I write with it instinctually. Link

Timo Mertens, Grammarly’s head of machine learning, told me that the company’s AI technology treats our writing as if it’s a translation. But instead of translating English to German, for instance, Grammarly translates bad English (read: mine) to correct English and suggests changes that bring the copy in line with rules. Grammarly does this with the help of several linguists, and a vast amount of literature it loads into its systems to train everything from deep neural nets — some of the most sophisticated AI technology — to simple, rule-based programs.

As I write, Grammarly now hums along in my head, and I can anticipate its suggestions before they pop up. Or at least some of them. Even for someone who writes professionally, this is invaluable. I can’t imagine living without it. Link

Beyond improving writing already on the page, AI is also helping me craft better stories by giving me more of a most precious commodity: time. Recent advances in AI have been instrumental in cutting down the time I spend on transcription, something anyone who writes for a living will tell you is a huge burden.

As a reporter, I spend my days interviewing people and use what they tell me to write stories. Journalists initially preserved these conversations in notepads, then we moved to tape recorders, and we now use smartphones to record. Without AI, we’d still have to listen to the recordings and transcribe them by hand. This takes forever, and it sucks. But everything changed with Otter.

Otter.ai is an app that records conversations and live transcribes them using AI technology the company calls “diarization.” Sam Liang, a former Google tech lead and Stanford Ph.D., an Otter’s founder, told me Otter trains its AI on tens of thousands of hours of audio conversations, using that data to help it convert spoken conversation to words on the page. Otter is now so sophisticated it can tell the difference between speaker voices and even pick out when someone is asking a question vs. sharing a statement.

The way I think about this

What Otter does is similar to how I believe AI will shift work across all professions. In most work environments, we spend almost all our time on “execution work,” i.e., just getting things done once we have the idea, and little time on “idea work,” i.e., the stuff that creates value. (I write about this at length in Always Day One). AI is great at getting stuff done, so we humans can spend more time focusing on ideas.

For a reporter like myself, using Otter means spending less time arduously transcribing a conversation with a source — the AI takes care of that — and more time on the “idea,” i.e. thinking about the story and making more calls to see if I can find new information. This leaves me more time to write, helping me avoid the scramble that once ensued after I spent three hours transcribing a 45-minute conversation. I’m not the only journalist who feels this way.

My conversation with Otter CEO Sam Liang, as transcribed by Otter

“If we look at our database, we see tons of email addresses from The New York Times, Wall Street Journal, ABC, NBC,” Liang told me. Otter, Liang said, has transcribed more than 150 million meetings, not all from writers and reporters, but it uses that data to get better. And it helps us improve in the process.

When we speak about AI today, the conversation is almost always fear-based or filled with skepticism. But AI is with us already. It’s powerful. And it can help. Rather than take our jobs, it can (and will) make us better. I’ve seen this technology take hold in my industry, and it’s inevitably spreading through yours as well. If you’re wondering whether to ignore, fight, or embrace this moment, I’d suggest going with the latter.

I’m hanging out in a virtual universe. Not a metaverse, per se, but it is relatively immersive environment, one that has digital friends, activities, its own internal commerce system, and that lets me teleport from one experience to another.

It’s also a relatively august virtual social network, one that existed when Mark Zuckerberg was first cooking up The Facebook.

Second Life is not my social network of choice. It’s a virtual environment far removed from its heyday 15 years ago when companies like Circuit City were building virtual stores and auto-manufactures like Nissan were launching virtual showrooms and vending machines…