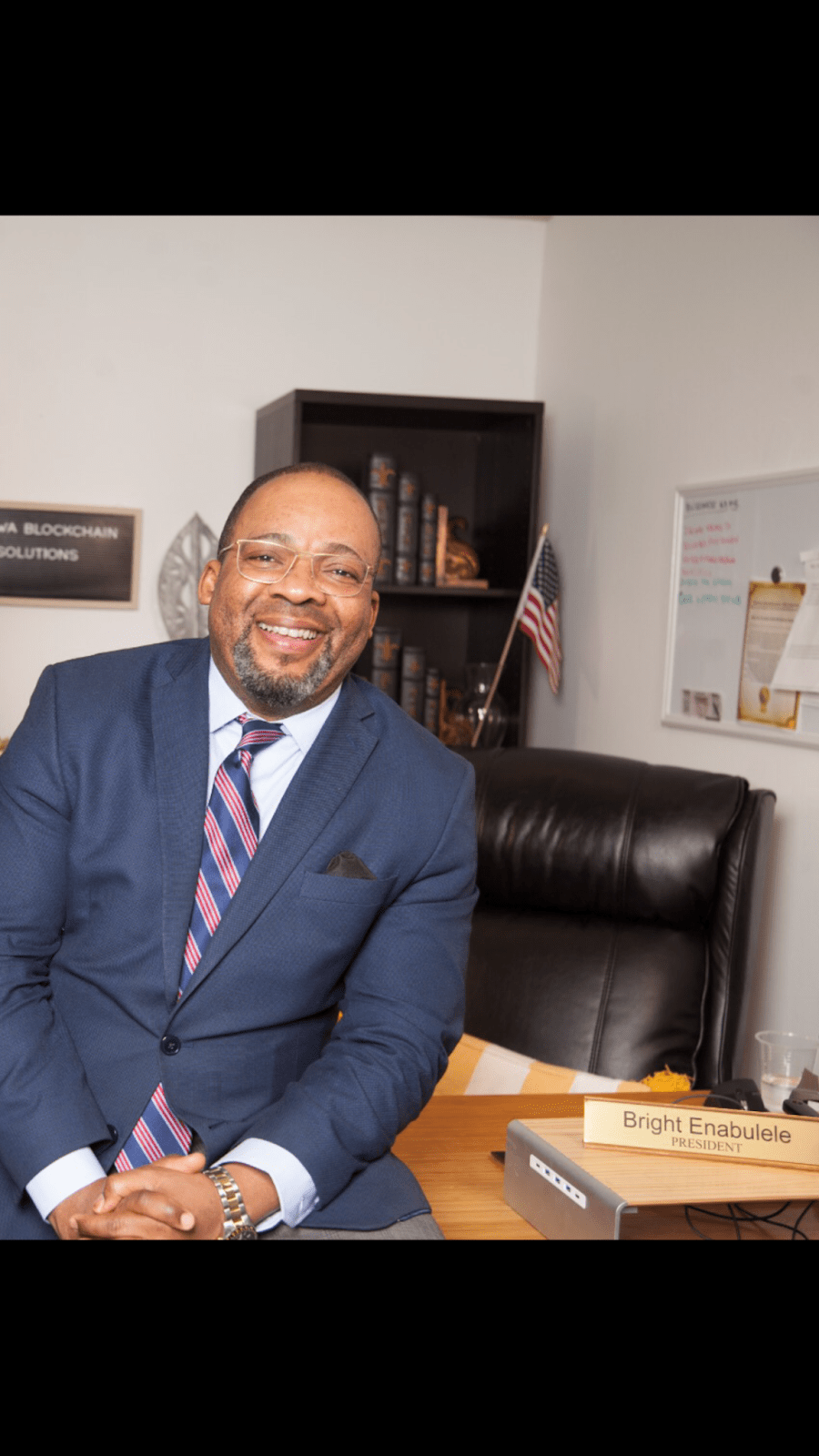 If one was to sum up the work done at Oduwa Blockchain Solutions, Bright Enabuele would proudly tell you to bring awareness to financial literacy to Africa. “I wanted to make a currency that is based around the community because strength and value lies in numbers,” he says. “The world is going to see how powerful we are! That DNA remembers what we once were.” Taking every measurement possible to enrich Africa’s knowledge in the market of Cryptocurrency is Oduwacoin

Utilizing Oduwacoin as a tool to educate, Bright has already seen significant progress in the feedback from users. “We must provide the children of the future stable ground to be educated and financial literacy.” Given the current state of cryptocurrency in Africa, he has created a platform for conversation as regards to cryptocurrency for people of African origins and indeginous communities alike.

In today’s market of cryptocurrency, it is proving to be the new future of investing. However, many cryptocurrency networks have the status of being virtually impenetrable. But through Bright’s work, he is revolutionizing the introduction into the market. Oduwacoin’s influence reaches beyond any border, eliminating limitations. “Everyone with a cellphone can and should have access to a wider and global digital economy.” A cryptocurrency network that practices leniency in regards to their client’s spending capabilities, Oduwacoin offers freedom in their investment practices. Oduwacoin’s Network is equipped to be fast, eliminate fraud, and prevent double spending and serves as a tool for those without prior knowledge of the field. Used for payment, trading, crowdfunding and low-cost energy-efficient PoS Mining (proof of stake mining), they allow users to explore a plethora of opportunities. The word Oduwa in the ancient Benin kingdom  means “The Road Map to Wealth ” where the belief is that your money should work for you and not against you. These were the kingdom’s practice in order to obtain power and wealth through trade. In the Oduwa community, the possibilities to buy, sell, and engage in mining are right at your fingertips.

Oduwacoin is devoted to selfless, fearless democracy, fairness, trust-economy, equality, self-governance, no-hierarchy and love for all humanity. A community where every coin is like gold. Every trade, buy or sell on ODUWACOIN network, has no transaction fees for all OWC Coin holders for being early believers. When  Oduwacoin is added or removed from circulation, the price of the next coin might increase or decrease automatically by a fractional amount of OWC (about .0000001 OWC). When a user purchases OWC COIN, the value is worth slightly more due to the algorithm calculated (demand and supply) on the network. Oduwacoin holders will benefit from the price increase. There are only 21 Million ODUWACOINS worldwide, when users sell OWC, the value is slightly less. Selling ODUWA COIN is like saying that the trader has lost faith in ODUWA because the community recommends that the users spend their ODUWACOIN and not sell ODUWACOIN . ODUWA manages the economy but cannot affect the price of the COIN. The price could rise and fall, subject to the community trust. “Those who trust ODUWACOIN and hold OWC the longest will benefit the most. We are committed to increasing accessibility and the growth of Oduwacoin.”

Some of the pressing matters that plague fiat currency networks is that there can be a plethora of mishaps. Manipulations and fluctuating currency are caused by corrupt monetary authorities and government interference. Issues such as unreliable local currency that can be easily devalued,largely unbanked populations, cash transactions with foggy ledgers and shaky transactions. The importance of financial inclusion holds within the Pan-African community crucial in ensuring their success in the future. Bright Enabulele is dedicated to bringing a new fact to crypto networking making Oduwacoin a global economic contender.

With the creation of Oduwa, Bright is building a tool for his community to further their impact on the cryptocurrency world.  Being the first cryptocurrency to support and take care of his continent, Bright believes that this will prove the potential within Africa to succeed in cryptocurrency. “Data is the new money,” he explains. “Data is what is driving the world today. We want to create an ecosystem that drives money back to our community.” Setting this as his guiding principle, Bright’s has set a new standard for the cryptocoin market in African

Oduwacoin is evolving cryptocurrency, global economic tenders, and providing indigenious African communities a voice. Bright understands that in order to inspire change within a community, it starts with changing just one member.  “You cannot go anywhere without support,” Bright explains. “So, we are serving as the backbone of people today and tomorrow.”