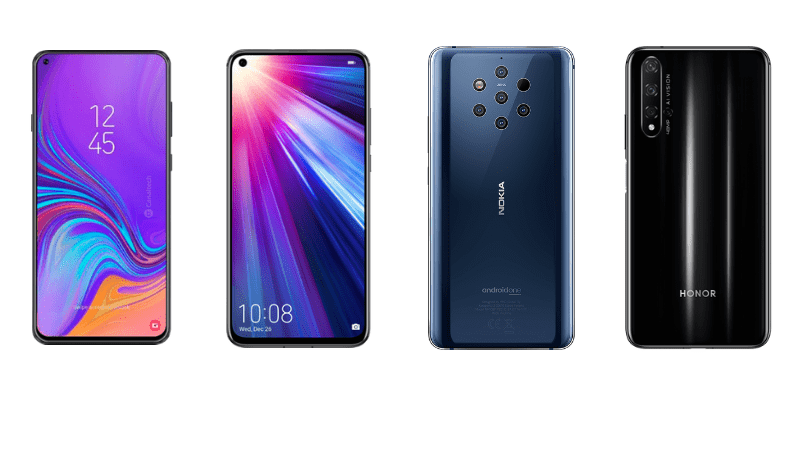 With the advancement of technology, the smartphone industry has seen a new revolution. The smartphone manufacturers are bringing in new features backed by advanced technologies to meet the expectation of the users. Amongst all the features, the camera is the most important.

Some users choose phones based on their features and camera quality. Few of the smartphones already launched qualify for the best camera phones. Keeping this thing in mind, the manufacturers are launching upcoming phones that are loaded with great features but have advanced cameras to attract users.

Some of the key features in choosing a Top-Notch Camera Phones:

Some of the upcoming phones which qualify for best camera phones are listed below:

Huawei is a prominent name in the smartphone industry. This upcoming Huawei brand will have a massive 12GB RAM and 256GB internal storage and Android v11. It boasts a quad-cam set-up of 64MP + 48MP + 16MP + 5MP along with a dual front camera set-up of 32MP + 2MP.

Xiaomi has launched a few of the best camera phones in the past, and they are not going to compromise on the quality, even in their upcoming phones. Xiaomi Redmi Note 9 Pro 5G promises to give the users a new experience with its splendid main camera set-up of 108MP+8MP+2MP+2MP and a single 16MP front camera. It will be backed by Android v10 (Q). The 6GB RAM with 128GB internal storage ensures a huge file loading capacity.

Samsung’s Galaxy series has managed to grab the user’s attention with its great features and amazing camera set-up. This upcoming phone from Samsung features a triple main camera set-up of 64MP+8MP+5MP and a dual front camera set-up of 48MP + 10MP. Android v10 (Q) will act as the Operating system. The 6GB RAM and 128GB internal memory will allow the users to store pictures, videos, and important files.

Motorola has always given tough competition to the other smartphone manufacturers. With its great display and superb picture quality, Motorola has grabbed the attention of the users quite quickly. Motorola Edge S, the upcoming smartphone from this brand, promises to take your experience to the next level with its super-amazing triple back camera set-up of 64MP+16MP+2MP and a dual front camera set-up of 16MP+8MP. It will run on Android v11 as the OS.

Asus has already created a place of its own in the smartphone industry. Asus Zenfone 8 Pro is one of the upcoming phones that boosts 64MP + 24MP Rear camera set-up. The rest is still unknown. The manufacturer has not revealed a lot about this phone. It will run on Android v11.

For buying the best upcoming phone, visit Bajaj Finserv EMI Store. Along with the new and latest smartphones, you will get a number of offers if you have Bajaj Finserv EMI Network card. From No Cost EMI to same-day delivery, an existing customer can avail lot of exciting offers on select products.