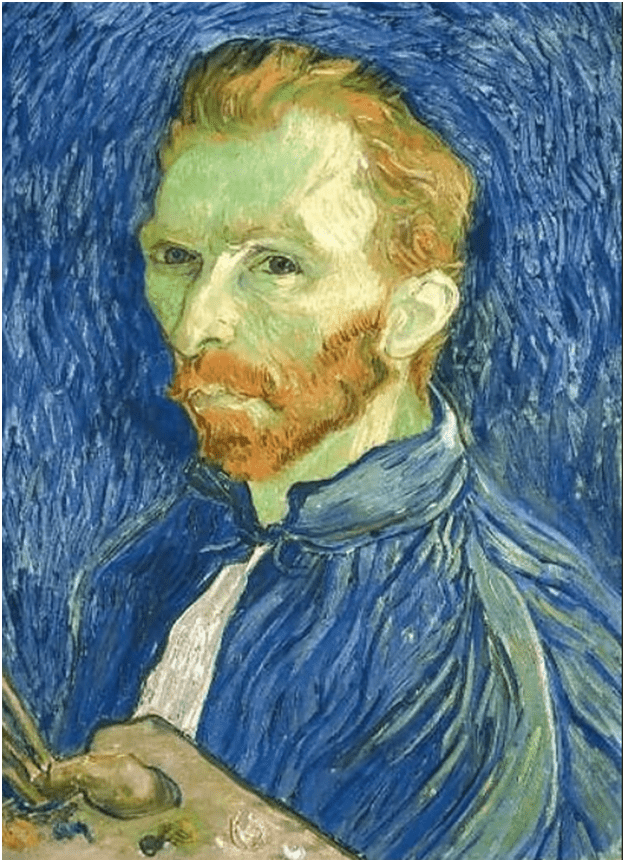 Vincent Van Gogh, an artist of all time, painted over 1,000 paintings in his lifetime. His artistic candor and perfection in artwork made him a legendary artist. He was a famed artist because of his bold choices in color, dramatic brush strokes, and his paintings expressing emotions.

People felt connected through him and were captivated by his exquisite work. In his last 70 days, he painted approximately one painting per day, and the iconic Starry Nights are one among them.

He was a powerful creative force to reckon with and gave the art world a legendary collection of luxurious art. The below-mentioned segment tells you about his artistic style and techniques used in his ultimate craft.

Vincent Van Gogh was a self-taught artist. He started his artistic career by reading drawing materials books and copying prints. It is an unknown fact that Van Gogh mastered the art of black and white paintings in the first place. He switched to colorful artworks only when satisfied with his hands-on monochromes.

After monochromes, he added colors to his pallets. As a result, all recognizable Vincent Van Gogh artworks showcase bold and vivid colors. His drawings were a class apart because of his unique painting style.

Van Gogh never restricted himself when it came to painting. In 1882, he began experimenting with lithography as well. He created a series of ten graphics, nine lithographs, and one etching.

The Dutch painter was a skilled artist and had idiosyncratic artistic techniques to paint even the simplest objects. In 1880, He started his creative journey in Brussels. He was encouraged by Anton Mauve, his cousin by marriage. Anton gave Vincent his first set of watercolors.

In his initial years of painting, Vincent followed simple techniques such as brushing the shadows thin and shining. He used a limited number of colors to develop a subtle play of light and dark tones. These artworks had a palette of dark colors and were monochromatic in appearance.

Later on, Vincent developed salient principles while painting all his artworks. First, he created a rhythm of thick brushstrokes and designs flowing parallel to it. Then, he followed the repetition of art to create a locomotive feeling in the viewer’s head. It somehow hypnotizes the viewer to move throughout the artwork by looking at it.

Thick paint, or Impasto, was the core of his work. Impasto is an Italian term referring to “paste or mixture.” It is a painting technique where oil paint is applied so thick to show prominent brushstrokes and deep textures of the palette’s knife.

Colors and Tools Used By Gogh For His Paintings

The depiction of figures, light, landscape, and nature in his paintings is unbelievable. He primarily used chalk, blue, red, black, charcoal, and Reed pens to draw mediums. In addition, he drew nearly 150 watercolor paintings during his lifetime.

He never painted layers with brush strokes; instead squeezed the colors directly from the tubes on the canvas. Vincent’s paintings, being quite vivid, show his selectivity in colors. The shades in yellows that were prominent include zinc yellow or chrome lemon, chrome yellow light, chrome yellow medium, and van dyke brown.

Van Gogh was precise and clear about his art. Every composition, every brushstroke, and color had its significance in his artwork. There was a pattern and understanding in Vincent’s design and drawing. From Impasto to Gnguin, he mastered all different painting techniques in his life course.

He selected and prepared his canvas on the weave of materials. He knew the exact balance between his canvas and the layers of paint to be applied. He favored the standard finely made woven linen canvas with portrait linen. It absorbed oil better and provided a matte finish to the artwork.

All Van Gogh paintings represent structured detailing and precise composition. Just as in Cafe Terrace at Night, he chose a center C around the middle of the artwork. In addition, there are visible vertical lines from top to bottom near center C, which he drew with warm colors.

The other lines are outside of the center area with cold colors. He painted the houses to the right and front-doors opening to the left. A clear state of observation!

Talking about the composition sketch, he always used charcoal for it. The Ramparts of Paris is its evident proof. It was his early painting, painted in September 1888.

In Paris, Van Gogh discovered a stippling technique of Neo-Impressionism. It is also known as Pointillism, with which Vincent freely experimented. His brushwork was limited but very diverse in expressing emotions. He played with shadows and light to recreate surreal landscapes.

The Seine with the Pont de la Grande Jatte was painted with very few tubes but is a sheer classic. He used emerald green, Persian blue, chrome yellow light, and vermillion and painted with a little white and grayer. He made this painting in one go with a rapid application of paint everywhere yet crossing the center.

His brushwork had harmony with the scene he presented. He complimented every contrast as genuine, and the color intensified the background and setup. The small dabs, short strokes, and tiny dots represent synchronized movement in his paintings.

One cannot describe an artist so supreme as Vincent Van Gogh. He had a unique approach towards craft, and his paintings justify that. Some of his famous paintings include The Starry Nights, Cafe Terrace at Night, and Wheat Field with Crows. These contribute to the expensive valuables in the world to date. Many art galleries and museums have a collection of Van Gogh paintings so that the generations to come can also admire his artwork.