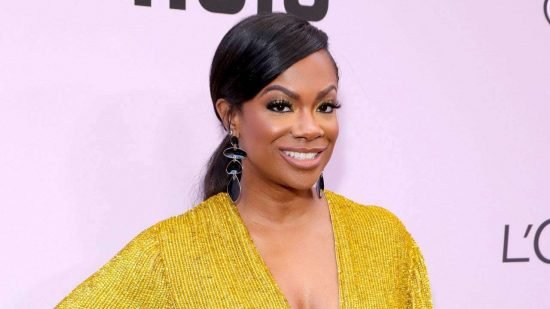 Everything to Know About Kandi Burruss, the Famous RHOA Star

Kandi Burruss is a famous American reality TV star who is also a successful singer, songwriter, business women, and mother. But for the last many years, she is known as a reality TV personality.

She knows how to remain in the news, and that is why a few days ago she breaks the internet with her latest picture when Kandi Burruss dropped her clothes to bathe in milk. With the picture, she added a caption “Milk does a body good!”

Kandi was a single mother of Riley when she first appeared on the Real Housewives of Atlanta show season 2.

Kandi Burruss married Todd Tucker in 2014 who is a producer by profession. The couple has now two children, Ace, who is 5 years old and Blaze is only 1.

Kandi entered the showbiz industry when she was just 15 and she formed a band with the schoolmates and named the band, Xscape. The band was successful right from the beginning and two numbers were in the top 10 list as well, while the first album was on number 3 R&B charts.

Kandi appeared in the season of Real Housewives of Atlanta after their band Xscape disbanded. On the RHOA show, she is considered a boring cast member because of her low energy personality.

Recently Kandi has won as the Night Angel in another show, “The Masked Singer”.

Kandi is very popular and active on social media as well. She uses Twitter to stream the live-shows as well with her amazing commentary. Whereas, on the Instagram account, she shares her selfies, routine pictures, and the latest looks from the show Real Housewives of Atlanta.

Recently she shared a beautiful picture of Todd, Ace, and Blaze Tucker as well on her Instagram profile. The last month, she also shared some pictures of herself on her social accounts. She was very honest about the face filters with the makeup-free posts.