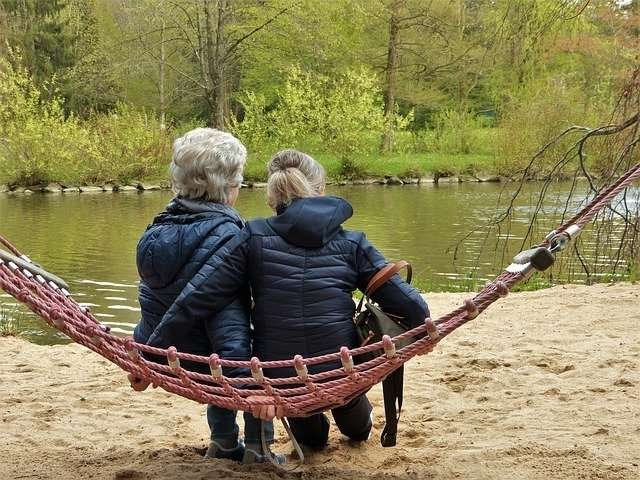 Spotting the early signs of dementia development can make a huge difference to how this disease progresses. If dementia is diagnosed during the early stages, there is a chance that medication can be prescribed to slow down the disease that causes damage to the brain.

If you are concerned about an elderly relative or have loved ones who are getting older and want to be sure that you are able to spot the early signs of dementia should it develop, we’ve put together a list of some of the main early symptoms to look out for.

Problems with memory are often one of the first signs of dementia. While it’s normal for most of us to suffer from a memory decline as we get older, if you have noticed that your relative is often forgetting information that they have learned recently, forgets appointments, telephone numbers or names on a regular basis and does not remember them later, this could be an early sign of dementia.

Asking for the same information over and over again or repeating stories as they have forgotten that they have told it recently might signify the early development of dementia. Facilities such as Belmont Village Fort Lauderdale can help with specialized memory care for residents.

Problems with communication and language is a common issue reported with people who are in the early stages of dementia. This could include issues with joining conversations or stopping in mid-sentence and forgetting how to continue. Forgetting vocabulary or being unsure of the meaning of simple words are further key signs to look out for.

It is not uncommon for people who are in the early stages of dementia to use simple words out of context or forget names – for example, calling somebody they know well ‘that man’.

Another common sign that somebody is in the early stages of dementia is forgetting how to do everyday tasks like driving to a familiar location, making a hot drink, or locking the front door. People who are developing dementia may have problems managing a budget when they never previously struggled, and you may notice that they have forgotten how to do things that they used to do very often.

A person becoming confused in surroundings that should be familiar to them is another early sign of dementia to look out for. Your relative might forget where they are and how they got there, along with losing track of time, dates, and seasons.

Since the mind of somebody with dementia is focused on the present, they may also show signs of struggling to understand something that is not happening immediately, or struggle to picture or remember locations that they are familiar with if they are not there at the time.

Putting Things in The Wrong Place:

Losing things or putting things in strange places is one of the early signs of dementia. Your relative might put things in unusual places and then forget where they have placed them. This can often lead to people in the family and those offering immediate care to be accused of stealing, since the person with dementia has placed an item in an obscure hiding place and completely forgotten about it.

Some examples of this include things such as placing the TV remote in a kitchen drawer or putting their toothbrush in the laundry basket. However, bear in mind that losing or misplacing items tends to be more common in Alzheimer’s disease, although it can happen in dementia patients.

If your relative has always been fairly good with money and has recently started experiencing consistent financial struggles, this could be an early sign of dementia. For example, you might notice that they are spending money more frivolously than usual, being uncharacteristically generous with their money, or struggling to keep on top of their monthly bills and expenses.

Symptoms of depression can be one of the very first signs of dementia or vascular dementia. Some of the early symptoms can include a reluctance to socialize, no longer taking part in hobbies or activities that they once enjoyed and feeling disconnected from the world and the people around them. People with depression might also struggle to do regular tasks around the home and may spend a lot more time sleeping.

Unexplained mood swings and personality changes can also be associated with the early signs of dementia. You might notice that your relative has become more confused, depressed, anxious, or suspicious. They may get easily upset when they are in a place that they are unsure about and experience symptoms such as panic attacks, paranoia, increased anxiety, violent mood swings, and depression.

They might appear visibly calm, anxious, and angry all within minutes, which is a significant sign of dementia, especially if the mood changes are unprovoked. You might notice signs such as obsessing over small details, increased pacing, confusion, rage, and fear due to trying to make sense of a world that has become increasingly confusing.

Visual difficulties can also be a sign of early-onset dementia, with patients experiencing vision problems such as difficulty reading, poor distance judgment, struggles with determining colors, and a lack of spatial awareness. They might find it difficult to eat using a knife and fork or struggle to use buttons and zips on clothing, for example.

People with early dementia might experience changes in their judgment and decision-making. You may notice that your relative pays less attention to keeping things clean and tidy, is neglecting their personal hygiene or struggles to deal with money. For example, they might wear the same clothes continuously throughout the week, forget to shave or brush their hair, have more frequent toilet accidents, forget to brush their teeth, or forget to bathe or shower.

If you have noticed any of these early signs of dementia in an elderly relative, getting medical help is key to improving their future.